Published in:
The Times of India
Published on:
Monday, 20 January, 2014
City:
New Delhi 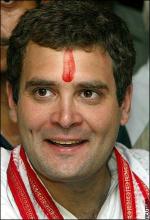 The Jain community could soon get minority status at the national level with Congress vice-president Rahul Gandhi speaking to Prime Minister Manmohan Singh on Sunday evening on the long-pending demand.

With Rahul taking up the cause, the demand is likely to be met soon which would place Jains in the league of five other communities — Muslims, Sikhs, Christians, Buddhists and Parsis -- who are recognized as national minorities under a central law.

As of now, Jains enjoy minority status in 14 states, but not at the national level.

Minority status enables a community to run and administer exclusive educational institutions and derive benefits from the government's welfare schemes for minorities.

The minorities recognized by the government can also approach the National Commission for Minorities (NCM) for safeguarding rights and grievance redress.

Earlier in the day, a delegation of Jain leaders, led by minister of state for rural development Pradeep Jain, met Rahul, seeking his support for the notification of Jains as a minority community at the national level.

Jain Samaj leaders spoke to Rahul about their long-pending demand for minority status to the community and urged him to support their cause.

Recognizing the role played by the community in the social, cultural and economic development of the country, Rahul assured the delegation that he would do his utmost to ensure fair and equitable recognition and representation for the Jain community.

The delegation told Rahul that national minority status would help the community access central funds meant for welfare programmes and scholarships for minorities.

Read the article in The Times of India